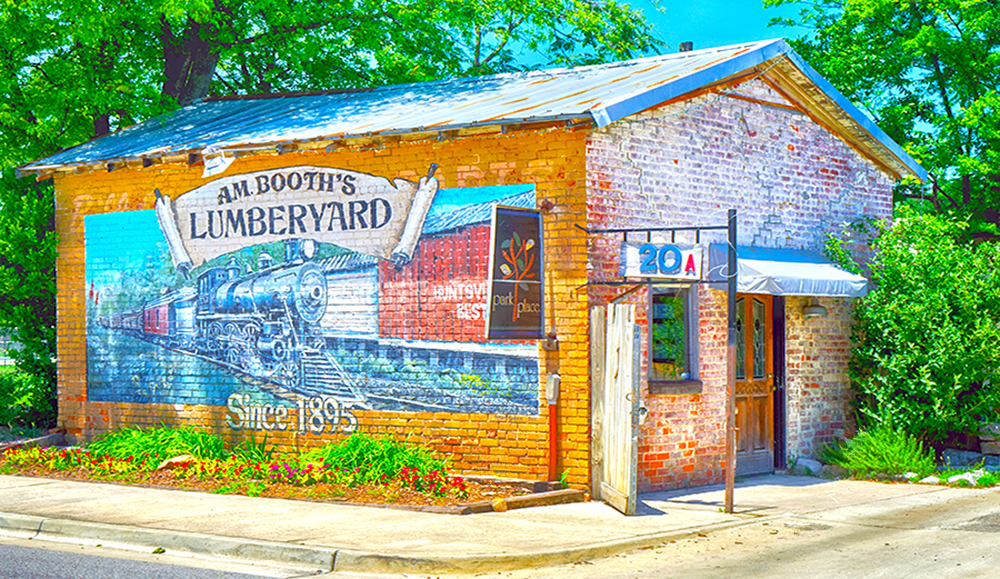 The current Alabama state flag was adopted 16 Feb 1895. It is sometimes believed that the crimson saltire of the current flag of Alabama was designed to resemble the blue saltire of the Confederate Battle Flag. The authors of a 1917 article in National Geographic expressed their opinion that because the Alabama flag was based on the Battle Flag, it should be square. In 1987, the office of Alabama Attorney General issued an opinion in which the Battle Flag derivation is repeated, but concluded that the proper shape is rectangular, as it had been depicted numerous times in official publications and reproductions; despite this, the flag is still sometimes depicted as being square, even in official publications of the U.S. federal government. However, the saltire of the Alabama's flag most closely resembles the saltire of the flag of Florida. Southern Alabama was originally part of Spanish Florida and subsequently West Florida. Although Alabama's adoption of its flag design predates that of Florida's by five years (1895), the 1868-1900 Seal of Florida depicted a white flag with a red saltire, similar to Florida's current flag, on top of a steamboat. Alabama's flag is officially a St. Andrew's cross as described in its legislation, representing the cross on which St. Andrew was crucified. 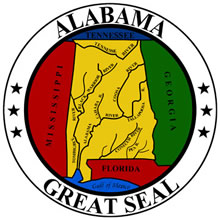 The Great Seal of Alabama

Designed in 1817 by the first governor of the Alabama Territory (William Wyatt Bibb), the great seal of Alabama displays the major rivers of the state. The seal design is a map of the Alabama and surrounding territories (now states). When Alabama became a state in 1819, this seal became the official state seal and remained unchanged for over 50 years. The seal was changed at the end of the Civil War, but was changed back to the original in 1939.

Nick Name - The Heart of Dixie